This podcast features Director of Photography Brendan Uegama csc, in conversation with Carolyn Wong of the CSC.

Brendan reveals how Stars Wars trickery shaped his desire to get into movies. And discusses the lighting behind some of his recent colourful projects (Katy Keene, Chilling Adventures of Sabrina), how he is always looking for ways to keep growing, learning and progressing as a DP. His philosophy – drive to create something better all the time – don’t settle on ‘just getting it done’ and keep the positivity flowing.
Guest hosted on the CSC instagram April 16-30, 2020 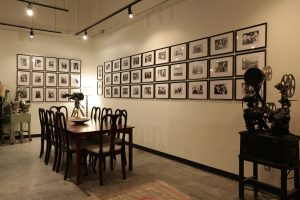 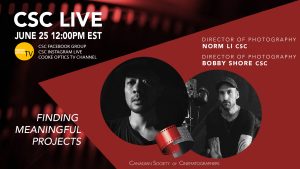 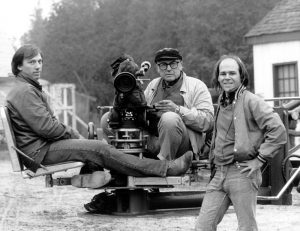 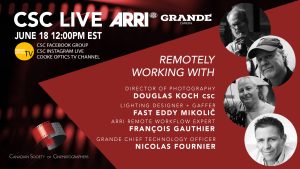 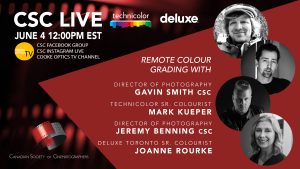 This podcast features Director of Photography Eric Oh CSC MYSC, in conversation with Carolyn Wong of the CSC.

Barcelona based, Eric discusses his early days as an AC, steadicam operator, the CSC members that influenced his career and the importance of keeping calm. He reveals his insight gained from 8 years working in Asia and learning when to go a little out of your comfort zone to progress as a DP. Eric believes in giving back to cinematography societies he’s part of, notably with CSC socials and as a founding member of the Malaysian Society of Cinematographers.
Guest hosted on the CSC Instagram Feb. 15-28, 2019. 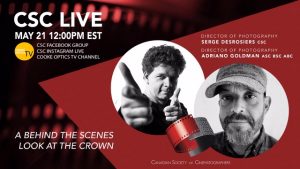 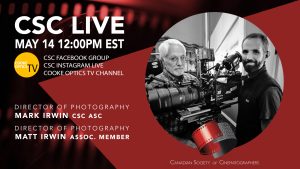 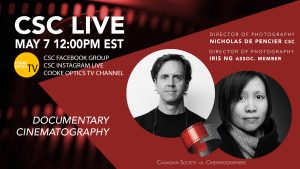